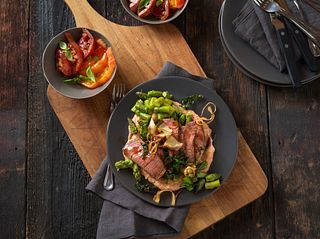 Don’t we all wish to be better, be the best version of ourselves, push ourselves to reach our next goal?  As Walt Disney once said, “All our dreams can come true if we have the courage to pursue them.” At 38 years old and never once running a 5K race or marathon, Karen Sanzo transformed from an everyday gym goer to a running rockstar by putting one foot in front of the other. Her running career started in 2015, and four short years later she has completed more than forty 5K races, over a dozen half-marathons and in 2019, she will have hit 16 ultramarathons! Karen is proof that if you have courage to make the first stride and stay persistent, success is achievable no matter your circumstances.
Karen, a life-long resident of Hampton, Virginia, is a mother of two very active boys who keep her on her toes, on top of being a Professor of Educational Leadership at Old Dominion University. She loves to take advantage of her surroundings being so near the Chesapeake Bay and Virginia Beach by spending time with her family fishing and visiting the beach. Karen found that going to the gym became more difficult as her daily demands with family and work grew. However, from the lemons came lemonade! While her boys were at soccer practice, she soon started her journey hitting the pavement. Like any great hill run, Karen realized that she would have to take her journey of running slow and steady, day by day. The initial days acclimating to the running schedule did not come without difficulties and, in fact, she was never really a fan of running. Karen realized that with the continued persistence and consistency she was eventually able to witness a 1-mile run turn into several consecutive mile runs without stopping. Karen’s “hill crest” of her initial running journey was when she completed her first 8-mile run. She was elated and could not believe it was even possible people were capable of running such a long distance. It wasn’t much longer before Karen was signing an entry to her first 5K with a friend, and she was off to the races! Karen is a member of the Northeast Team Beef program, coordinated by the Northeast Beef Promotion Initiative and funded by beef farmers and ranchers through the Beef Checkoff Program.
You might ask yourself, how does she do it? Karen finds the fuel for her finish in beef, of course! “I’ve battled anemia since my teen years and the energy drain that comes with low iron levels. It has been mitigated however, through adding more beef into my diet. I am my healthiest when my running nutrition plan incorporates lean red meat 3-4 times a week, and it’s a bonus that my family loves it too!” Her motivation to continue to run is also attributed to being a role model for her children. She hopes that they see their mom on the trails and roads, staying active and committed to a healthy lifestyle. Karen loves that she can do the impossible and along the way transformed her love for the outdoors into a passion for long distance trail running. As a runner, she finds that the running community has become like a family. Every race is another reunion and a chance to develop new connections with people who have the same passion and love for the sport.
As for the future, this woman has no thoughts of slowing down any time soon. Actually, she’s just getting started! Karen looks forward to many more years of running and leading an active lifestyle. She would like to run another 100-mile race, hopefully in 2019, along with more ultra-marathons. Karen has recently been working with her local track club, Peninsula Track Club, in hopes to connect with new runners and those that don’t know yet they can be rockstar runners. She hopes that her story can help others see their potential and be apart of a great running organization.
Karen enjoys running and absolutely loves representing Northeast Team Beef. In some cases, the jersey does all the talking as its such a conversation starter. Some of the talk that comes along with the jersey includes: “Wow that’s an awesome jersey! What is Team Beef?” or “What are the benefits to beef in a runner’s diet?” Karen has made some great running friends just through other runners asking about her jersey. And, of course, she’s been able to exchange great beef recipes along the way. With beef as her fuel, Karen continues to push her limits and is seeing that success is possible! 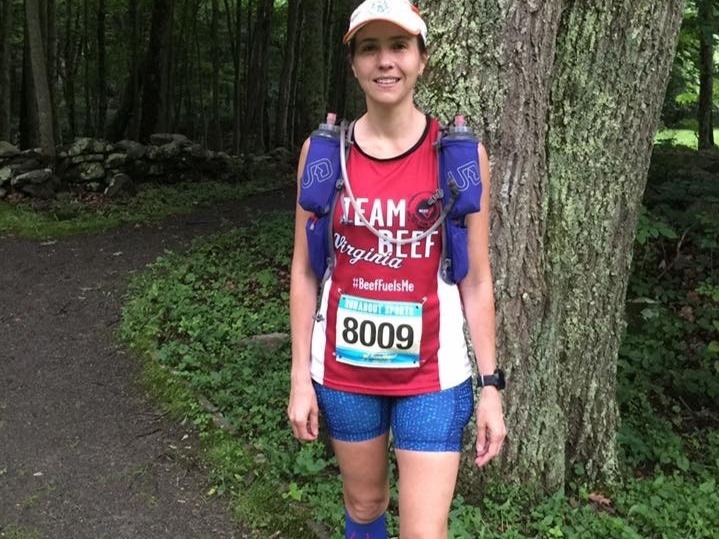 Learn more about the other members of the Northeast Team Beef program by viewing the member library.